Over the holidays we’re republishing some choice features from the last 12 months. A mix of talking points, interviews, opinion pieces and more from NL staff and contributors, you’ll find our usual blend of thoughtfulness, expertise, frivolity, retro nostalgia, and — of course — enthusiasm for all things Nintendo. happy holidays

We’ve finally found out the title of Breath of the Wild 2 (which means we can stop calling it Breath of the Wild 2) alongside a brand-new trailer in the latest Nintendo Direct — and it’s called Tears of the Kingdom, which has already set off a tone of theories.

You know what that means, Zelda fans — it’s time to put our speculation hats on once more, and get to dissecting this trailer for every wee nugget of Zelda lore we can find.

We won’t lie here — the trailer didn’t have a lot going on. This is going to be tricky. But nevertheless, we shall persevere! There has to be something juicy in that footage, right?

Also, make sure to browse through your early pre-order options for the game, and check out our guide compiling all the info about TOTK that we have so far:

Tears of the Kingdom: Trailer Breakdown

It’s pretty safe to say at this point that birds and flying are two of the themes of Tears of the Kingdom. The very first shot of the trailer is what looks like an owl. Now, we know that owls are very important in Zelda lore — Kaepora Gaebora being the most important one, and his owl-like Skyward Sword ancestor Headmaster Gaebora, who is Zelda’s dad in the times before Zelda is even a Princess.

Can we tell anything about this birdperson from the trailer? oh yeah Oh yes we can. More on that later. But for now, let’s just say that whoever they are, they seem very important — they are dressed in plenty of fancy regalia, perhaps of a royal, a god, or some other important role.

And… it would appear that they have Sheikah markings on their face. Honestly, who knows what that means at this point. We’re not even sure Nintendo fully knows what the Sheikah are any more… but in Breath of the Wild, the Sheikah are an ancient mystical race whose technology is buried under Hyrule, ready to awaken for the chosen hero (that’s you). So, this owl lad (if he is Sheikah, and he’s not just got cool eyelashes) is from the past. Got it.

(Some people are saying that Owl Lad is a woman. Honestly, it’s hard to tell either way.)

Moblins, Bokoblins, And Malice (oh my!)

Our next shot is what looks like a stone carving of a war between your standard Zelda enemies — Bokoblins and Moblins — accompanied by a spreading swirl of Malice, the hot pink evil goo from BOTW which represents Ganon’s increasing power over the region. Not much to say about this one, except that they’re all carrying weapons — Bokoblins have clubs, and Moblins appear to have some kind of double-scythe.

On the other side of this war are what looks like Rito soldiers — the birdpeople from BOTW — which is unsurprising, given that this game seems to be centered around the sky, with a ton of bird imagery. What is interesting to note is that they’re all holding shields that look a lot like the Hylian Crest (albeit much simplified), without the Triforce.

But wait! That crest actually has its own name — it’s the Goddess Crest, which first appeared in Skyward Sword, and later in BOTW on Spirit Orbs. The Goddess Crest represents the goddess Hylia, and the Loftwings which the Skyloftians fly around. This might place Tears of the Kingdom in the Skyward Sword era, since the Hylian Crest (with the Triforce) doesn’t appear in the timeline until Ocarina of Time (after Minish Cap and Four Swords).

And let’s not forget that Zelda is Hylia reborn. Perhaps these Rito are her soldiers?

In the center of this war image is a single fallen Rito soldier. They have no shield or sword, but that could be for simplicity’s sake. Who are they? Were they the first to fall? Is that important? We just don’t know.

There’s actually another one even further to the right, who does appear to have a shield (but not a sword).

Around that Owl Lad from earlier are seven little spirals, which resemble the Magatama from Ace Attorney (and Japanese history, of course) — a shape which appears frequently in jewelery and relics, which can represent some sort of spiritual, religious, or ceremonial purpose .

But we’ve seen these before in Zelda, too. Known as the Amber Relic and Dusk Relic, these comma-shaped materials are used to upgrade Link’s gear in Skyward Sword. The former can be found all over the place, and the latter is only found in the Silent Realm, an area designed to test Link, which can only be accessed by the Hero.

“You got on Amber Relic! It’s an amber-coloured chunk of precious stone. Nobody knows why it’s this shape.”
“You got a Dusk Relic! This item is similar in appearance to an Amber Relic, yet very different. It can only be found in certain places.” 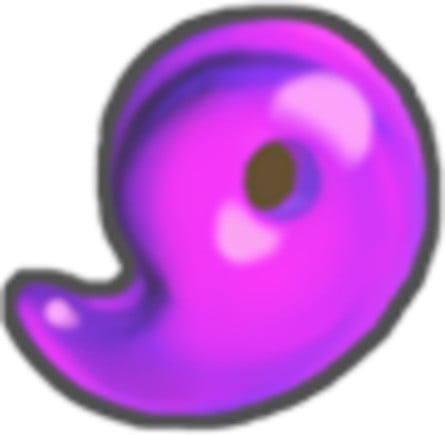 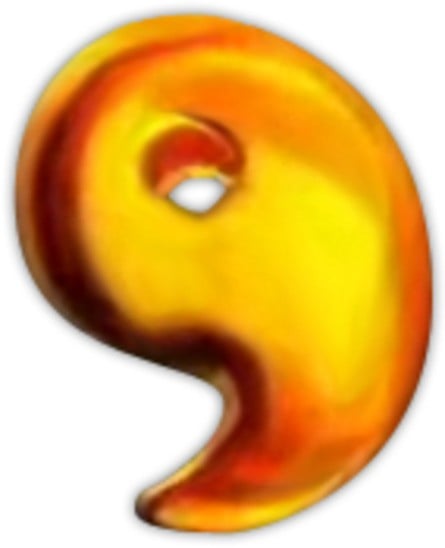 It’s also interesting that there are seven of these around the owl. We’ve seen the number seven in Zelda games before — most notably, the Seven Sages, but also the Seven Maidens in BOTW, the heroines who were the divine protectors of the Gerudo race, represented by seven huge statues — and a secret eighth statue , too, representing the heroine who was “wiped clean from history”, though no one knows why. These maidens are also said to be the descendants of the seven sages, including Princess Zelda, but this story only appears in A Link to the Past and Four Swords Adventures.

Okay, the story of the seven heroines is cool… but it’s probably not relevant here. The sages, on the other hand, probably are relevant. We’ve already had owl theming, so it wouldn’t be a surprise to find out that these seven holy relics around the owl represent the sages, especially since Rauru AKA Kaepora Gaebora is one of the sages in Ocarina of Time.

And maybe… those are the titular “tears” of the kingdom. hmmmm

We won’t speculate yet about what this means. You’ll have to enter… THE SPECULATION ZONE for that (it’s on page three).

dear Oh no. Zelda’s all horizontal.

Have you ever seen any other women represented in these games’ historical artwork? No, Tetra, Hylia, Din, Farore, and Nayru don’t count. They’re all the same person, more or less.

Thank you. To continue: Oh no! Zelda’ horizontal. That seems less than ideal. We don’t know why she’s horizontal, of course, but it’s probably something bad — you can see some strands of Malice creeping up below her.

Everyone loved the moment when you get out of the cave in BOTW and then the sun is all bright and it’s very cool. Well! Time for another one of those moments, except with big doors.

What’s worth noting here is the insignia upon the doors — is it snakes? It kinda looks like two chickens with really long necks. Might be dragons, too, although BOTW had three dragons, representing the three goddesses of the Triforce. This circle-snake theming comes back later in the logo, too. It’s probably important.

Breath of the Wild was very blue and green — like the sky and the grass — with touches of blue and orange to represent Sheikah technology. But TOTK is very yellow, with hints of teal and pink (maybe representing good and evil).

(Hey, fun fact: blue -> teal and orange -> pink is basically just a couple of rotations on the color wheel. What does it mean? Well, if we wanted to get really silly about this, we could say that it represents the evolution of the technology or the world in some way, or even the repeating circle of time. But honestly, they’re just colours. They probably just wanted new colours.)

The yellow color palette does make the world feel a little strange, as if it’s dying somehow — and honestly, since it seems like these sky-islands have been forcefully ripped out of Hyrule, we’re not surprised. All that grass is probably dead.

It’s still there. It’s still yucky. You can read more about our hand theories right here.

We’re nowhere near done! Head to page two for more things from the trailer, and then page three for the speculation zone…